As we’re coming to the end of March it definitely feels like Spring is in the air now and I think this months pictures reflect this. All of these photographs are taken from my Instagram feel free to give me a cheeky follow! Now on to the roundup!

April brings with it even better weather (hopefully) and lighter evenings!

On 12th March I officially became a parkrun Run Director! I’ve spoken about my time volunteering at my local parkrun before here but now I wanted to talk about what it takes to become a run director.

It all started when a run director let us down and I and some other marshalls had to leap in to action. During the craziness that was that Saturday morning someone uttered the words “You should become a run director” and the idea stuck!

Before I continue I have to say I had amazing support from the Event Director who has walked me through the process of becoming a run director step by step for which I am really greatful.

The first thing I needed to do was ensure I had volunteered in all of the roles available. This is so you know how everything works so you’re experienced should anything go wrong when you’re directing. This meant overcoming my biggest fear, being timekeeper! I was always so worried I would be responsible for ruining someone’s PB by pressing the wrong button on the stopwatch! In actual fact there are two people doing the role and it wasn’t anything like I’d made it out to be in my head.

There was also information that I needed to read such as the event charter and safeguarding procedures. 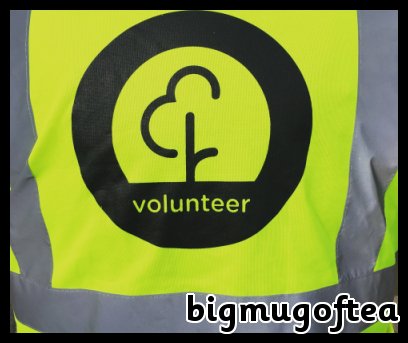 Over the space of about 5 weeks I had completed all of my roles and shadowed a run director when they were doing the role and then it was time to give it a whirl myself. It went smoothly and there were no real hiccups but what they don’t prepare you for is giving the run directors brief at the start of the run! Oh lordy, climbing up on the ladder in front of over 300 runners and the other volunteers! My legs were like jelly but I read through the brief, making more eye contact with the clipboard in my hand than the many people in front of me and before I knew it, it was over and the runners were on their way!

After the run when all the runners have disappeared and the equipment is packed away there is more work for the run director. You have to upload all of the information from the barcode scanners and the stop watches as well as add in the numbers of people who couldn’t have their barcodes scanned then it was time to add it all on to the parkrun server and send out the thank you emails to volunteers.

I really enjoyed being a run director and can’t wait for my next time so remember if you want to register at parkrun and give it a go then visit the parkrun website, print off your barcode and lace up your trainers!

The one thing that annoys me about Yankee Candles is the fact the large jar candles only have one wick that often ends in the candle becoming tunnelled, even with all the accessories that are supposed to help like the shade and wick trimmer. However the Village Candles come with a double wick. I was intrigued to see if it would burn better and all the way to the edge and lo and behold it did! Brilliant.

I was worried the scents on the candles wouldn’t be as strong on the Village Candles. Yankee are great for fragrancing the whole room and there’s nothing worse than buying a scented candle for it to have little effect. So imagine my delight when burning the Brownie Delight candle on a cold February evening as it began to fill my living room with a warming Brownie-baking-in-the-oven fragrance.

I tried the Summer Slices candle on a warm March afternoon when you could just feel Spring starting in the air. I know this scent will be perfect in the Summer. It’s a light smell and not too heavy for the warm Summer air. I can not wait to burn this on warm Summer evenings with the French doors open. Bliss.

So Village Candles, are they a patch on Yankee Candles? They’re a very strong contender and I might just be a convert 😉

I’m a little late in posting this but here is my roundup of February in pictures. I can not believe it’s already March! It only seems two minutes since Christmas was here but now there’s a definite feel of Spring in the air and I’m so ready for warm evenings and new blooms.

Here’s hoping March turns out to be just as pretty.