I Am Team GB

As tomorrow is parkrun day I thought I’d tell you about a few Saturdays ago at Lee on Solent parkrun.

Saturday 27th August was #IAmTeamGB day. Team GB, ITV, The National Lottery and parkrun were joining forces to create the Nation’s Biggest Sports Day and we embraced this with open arms at Lee on the Solent parkrun.

I was Run Directing on 27th August and we had a lot going on. We had balloons and bunting on the start line and finish funnel, we had t-shirts to wear and stickers to give out. People were encouraged to wear red white and blue to celebrate the achievements of Team GB which they did and they also brought flags to wave. We really got in to the spirit of things. We also had pacers to help people achieve a new PB ranging from 19-34 minutes. We were also given selfie signs for people to take pictures with and upload them to social media, tagging them #IAmTeamGB

Rob was our 19 minute pacer. Photo courtesy of @lotsparkrun on Instagram

There was a lot to fit in to the Runner’s Brief. I needed to tell people the usual rules as well as letting them know what today was all about, who the pacers were and what the signs were for as well as giving our own social media a plug so our runners knew where to find us. I tried to make it amusing to keep people listening and judging by the amount of compliments I got afterwards I think I achieved this.

The run was great and we had a whopping 364 runners in attendance. This is our 7th highest turn out since we began in July 2015. I received compliments on my briefing, people said how much they had enjoyed the run and lots of people took great selfies and group photographs with the selfie signs. It was a brilliant day all round.

I also got to meet Roger who I have chatted to on Twitter and I also follow his blog IRunOffRoad It was great to meet him and finally put a face to the name. Be sure to check out his blog if you’re local or in to running.

And finally Louise posted this selfie of us all in the finish funnel. I love this picture as it includes some of my favourite parkrun family members. 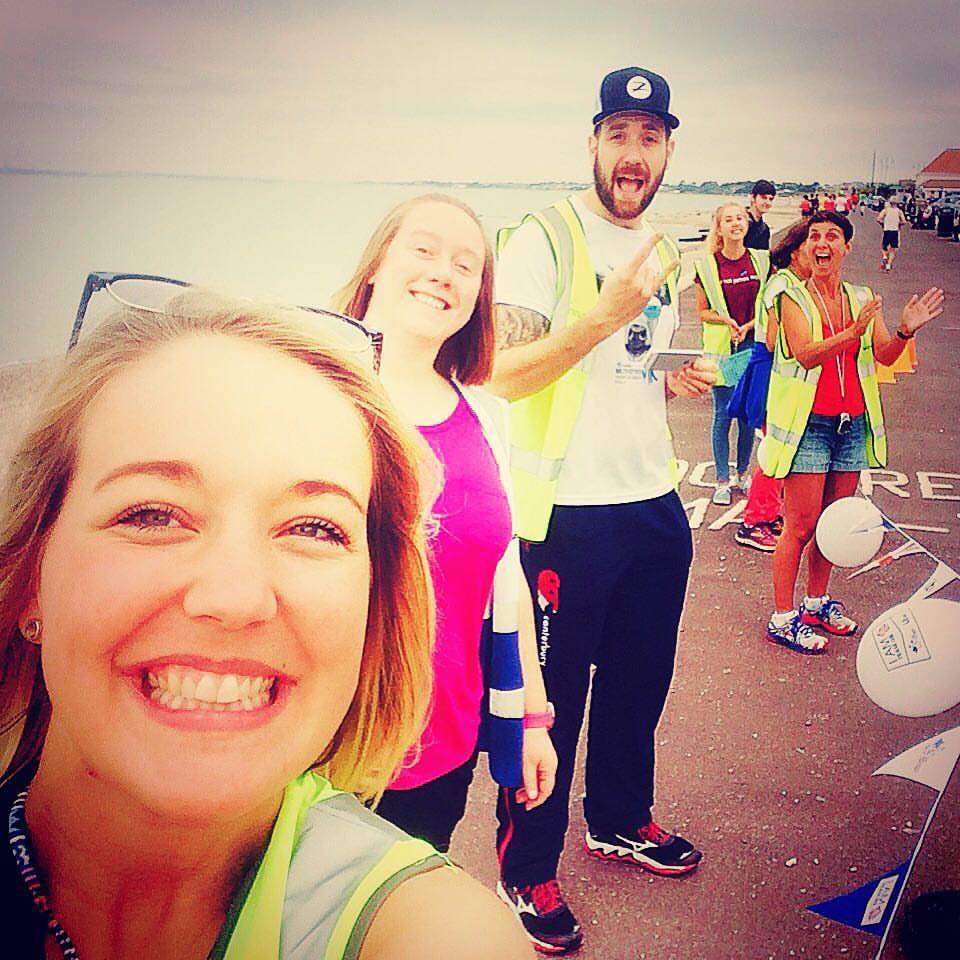 On Saturday 27th August we were all officially members of Team GB and it felt great! parkrun really is for everyone. It doesn’t matter if you want to walk it or if you want to run it as fast as you can. Go and join your local parkrun and I promise you won’t regret it. Not a runner? Then why not volunteer? It’s a great way to meet people and help your community.